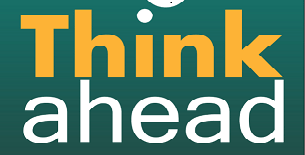 TAOISEACH Enda Kenny today (Thursday) launched phase two of Think Ahead, an initiative which encourages people to plan for end of life by recording their wishes in the event of an emergency, serious illness or death.

Developed by the Forum on End of Life in Ireland, a project of the Irish Hospice Foundation, (IHF), Think Ahead urges people to Think, Talk, Tell, and recordand review their personal preferences for future medical, financial and personal care.

Currently available as a printed form, the IHF announced that agreement has been reached with Patients Knows Best, the world’s first patient-controlled, online medical records system to pilot ‘Think Ahead online’ in Ireland as part of phase two of the initiative. This will allow people record, store and retrieve their end of life wishes and care preferences, including their medical records, online behind a securer server.

A pilot of ‘Think Ahead online’ is to be funded by Third Age, a voluntary community organisation which aims to promote the resources of older people.

Speaking at today’s launch the Taoiseach welcomed the next phase of Think Ahead. He said: “Above all Think Ahead is empowering. It puts the person who is ill at the centre of operations, making sure their end-of-life care is as close to their wish as possible. For our part in Government, we are committed to providing a framework where people’s wishes around end-of-life care can be met, including the legislation providing for Advanced Care Directives which is currently being advanced.  Of course, Think Ahead encompasses more than care preferences; this valuable tool also covers other issues like legal and financial matters, organ donation and funeral arrangements.”

Ms Justice Catherine McGuinness, Chair of the Forum on End of Life in Ireland, said while dying and death can be difficult and daunting topics, end of life care is an important discussion that we all should have with our loved ones.

“Think Ahead is a valuable guide for people planning their financial and legal affairs. It helps prevent shock, avoid confusion and gives control, choice and peace at the end.”

“Not enough people have a pension or have made a will. Fewer still have taken the time to decide who they would like to be contacted in the event of an emergency, or how to make important decisions known to their loved ones. Our ambition is that every citizen in Ireland will use Think Ahead as an important planning tool.”

Sharon Foley, CEO of the IHF, said everyone has the right to a say in their care at all times, including end of life. “But we also have the responsibility to let other people know our decisions and this is where Think Ahead can help.”

“Open and honest discussion about death and dying can ensure that someone’s wishes for end of life are known and respected. It can also support those they love through bereavement.”

She described the roll out of Think Ahead online as a “very exciting development”.

Phase One of Think Ahead was launched in 2011 by An Taoiseach. Think Ahead 2 is a revised form which is slimmer and more accessible than the original. The biggest change is a section allowing users create an Advance Healthcare Directive, reflecting changes currently proposed in draft legislation.

The form was revised after consultation with a wide variety of different groups and individuals including legal and healthcare professionals. One important source of feedback in revising Think Ahead was research conducted by Dr Brendan O’Shea on the use of Think Ahead in General Practice, published in the Irish Medical Journal in May 2014. Dr. O’Shea made a presentation on his research at today’s launch which showed that 86% who took part felt that Think Ahead should be used more widely.  83% said they had discussions on end-of-life planning with family members after reading Think Ahead.

Dr Mohammad Al-Ubaydli, founder and CEO of Patients Know Best which will do an online pilot of Think Ahead in Ireland said at today’s launch:  “Patients Know Best is delighted to add a digital version of Think Ahead’s work within its patient-controlled medical records. The feedback on Think Ahead from a variety of users was full of praise – the end of life care planning forms are easy to understand, simple to use and useful in that they help patients and their families become more prepared.

“We’re very pleased to provide end of life care planning functionality to all Irish citizens and to our customers across seven other countries. We too believe that everyone should Think Ahead.”

Patients Know Best is a fully secure online tool which enables patients to better organise, manage and control their own health care provisions.

Áine Brady, CEO of Third Age which is funding the development of the online version of Think Ahead through PKB said: “We are delighted to support the further development of Think Ahead so it can be made available online. It will be an important resource for SAGE, the Support & Advocacy Service for Older People, which we are currently developing with the HSE and Atlantic Philanthropies.

The ‘Think Ahead’ form can be downloaded from www.thinkahead.ie.