New Planning Booklet Launched For Those With Advancing Neurological Illnesses 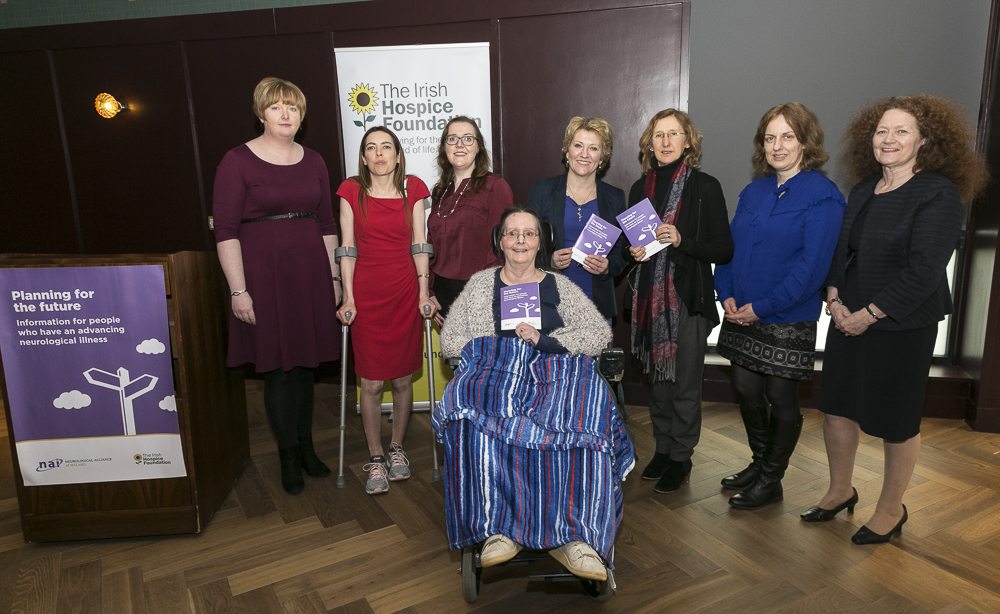 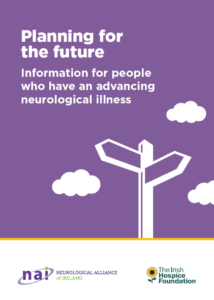 A new booklet to help people with advancing neurological illnesses to plan for all aspects of their future was officially launched today (Tuesday 6 March) as part of National Brain Awareness Week.

Planning for the Future: Information for People Who Have an Advancing Neurological Illness, an initiative of the Neurological Alliance of Ireland (NAI) and the Irish Hospice Foundation (IHF) was launched by Professor of Neurology at Trinity College Dublin, Orla Hardiman, at the Alex Hotel in Dublin.

The IHF receives core funding from Pobal from the Department of Housing, Planning, Community and Local Government’s Scheme to Support National Organisations 2016-2019.

This website uses cookies to improve your experience while you navigate through the website. Out of these cookies, the cookies that are categorised as necessary are stored on your browser as they are essential for the working of basic functionalities of the website. We also use third-party cookies that help us analyze and understand how you use this website. These cookies will be stored in your browser only with your consent. You also have the option to opt-out of these cookies. But opting out of some of these cookies may have an effect on your browsing experience. Find a full list of cookies used on this site in our privacy policy.
Necessary Always Enabled
Necessary cookies are absolutely essential for the website to function properly. This category only includes cookies that ensures basic functionalities and security features of the website. These cookies do not store any personal information.
Non Necessary
Any cookies that may not be particularly necessary for the website to function and is used specifically to collect user personal data via analytics, ads, other embedded contents are termed as non-necessary cookies. It is mandatory to procure user consent prior to running these cookies on your website.
Analytics
Analytical cookies are used to understand how visitors interact with the website. These cookies help provide information on metrics the number of visitors, bounce rate, traffic source, etc.
Other
No description
Advertisement
Advertisement cookies are used to provide visitors with relevant ads and marketing campaigns. These cookies track visitors across websites and collect information to provide customized ads.
Performance
Performance cookies are used to understand and analyze the key performance indexes of the website which helps in delivering a better user experience for the visitors.
Save & Accept
×